For Us By Us: Black Farmers in Houston Work to Feed Their Communities 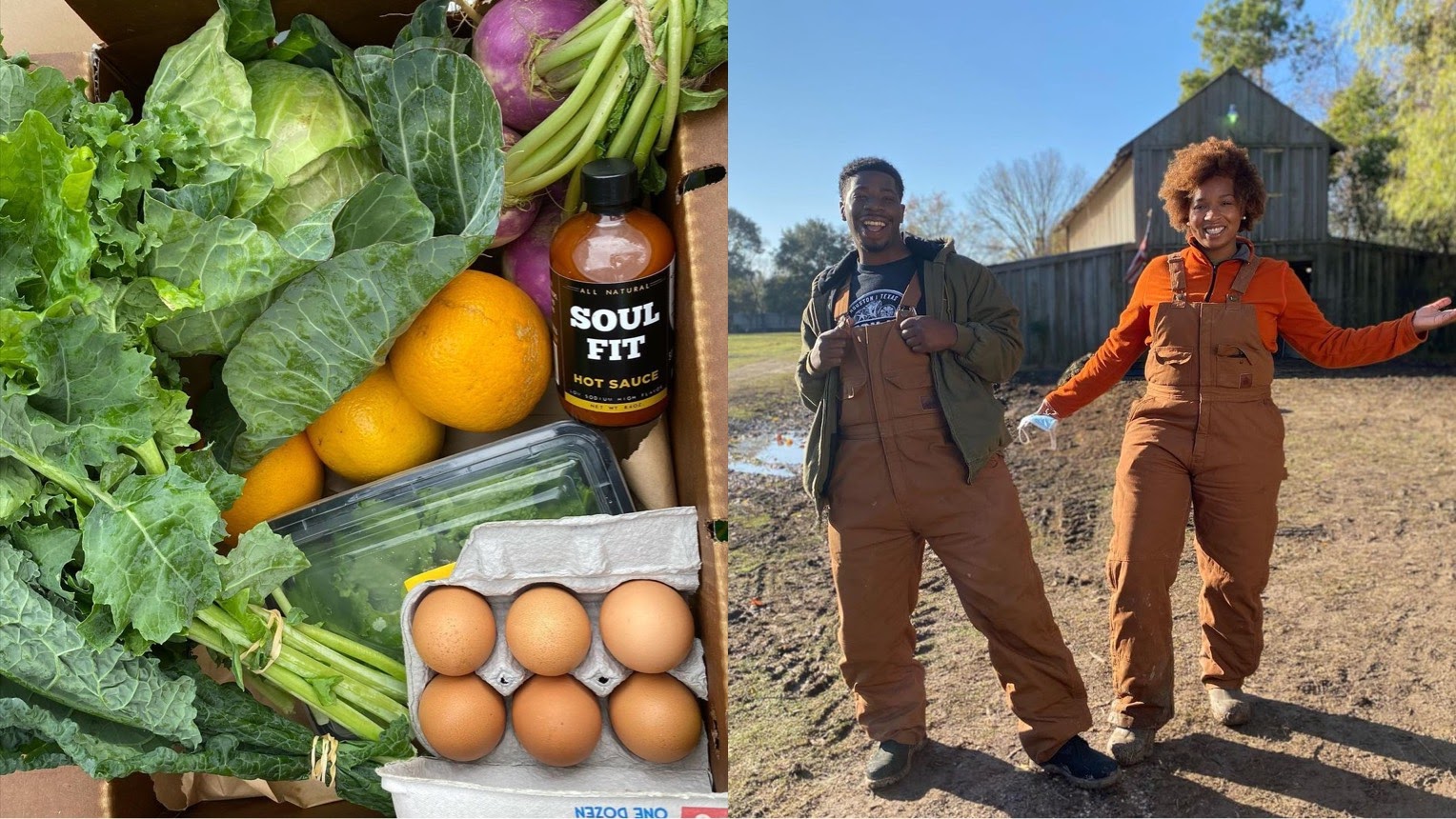 Imagine being taken from your origin, your home, and brought to foreign land where you are forced into labor for no profit. You created profit for your oppressor, and in return, he only offered you 40 acres and a mule. You built this land, you were the engineer behind it all, and yet you have been expelled from reaping any of the benefits. Black Americans own less than 1% of private rural land in the United States. The richest man in history, Jeff Bezos, owns 420,000 acres! I have been trying to explain this to my peers for forever now, invest in some land because it equals wealth. Not just monetary, but it will provide generational wealth as well

Have you seen Queen Sugar? I love that show, it really puts things into perspective. In Summary, it is about three siblings, The Bordelon’s, that have inherited hundreds of acres from their late father. What seems like a daunting task at first, becomes a mystery to be unraveled? When the Landry’s start snooping around, it is learned that the Bordelon’s were once owned by the Landry’s during slavery. When Slavery was over, the Bordelon’s worked the land as sharecroppers and somehow gained ownership it. But the Landry’s were not happy and for decades have killed and threatened for that land. Why? BECAUSE LAND EQUALS WEALTH!

When I see young, black, and dedicated scholars take an interest in Agriculture, I feel inspired. They are finding a way to take back what our ancestors labored over for centuries and give back to their communities. Here in Houston, Texas we have a group of Black farmers that have collaborated to create the Black Farmer Box. The Black Farmer Box is dedicated to supporting farmers while giving directly to the community. With a goal of targeting food desert communities, this joint effort between Ivy Leaf Farms and Fresh Life Organic, seeks to create a sustainable food system for food deserts across America. I Introduce to you the creators

Farmer Jeremy Peaches is the Owner and Operator of Fresh Life Organic and Agriculture Consulting. A graduate of Worthing High School and YOU KNOW! Prairie View A&M University! “In 2016 he began the mission to grow and educate his family and community on farming! You see and learn more by visiting his Instagram: @freshlifeorganic

Ivy is the Owner and Operator of Ivy Leaf Farms, also known to be supported by our favorite Queen Bee, Beyonce! Ms. Ivy’s Farm is dedicated to creating sustainable food sources for her Sunnyside community. She states, “We can’t keep creating person dependent processes and expect to change systematic inequalities. We have to become a system which is holistically rooted in equity from the producer to the consumer.” You can find more of her on Instagram and twitter: @ivyleaffarms and @theivyfiles

Thank you, Ivy and Jeremy! You can also visit blackfarmerbox.com to see their mission, goals and how to support local black farmers.